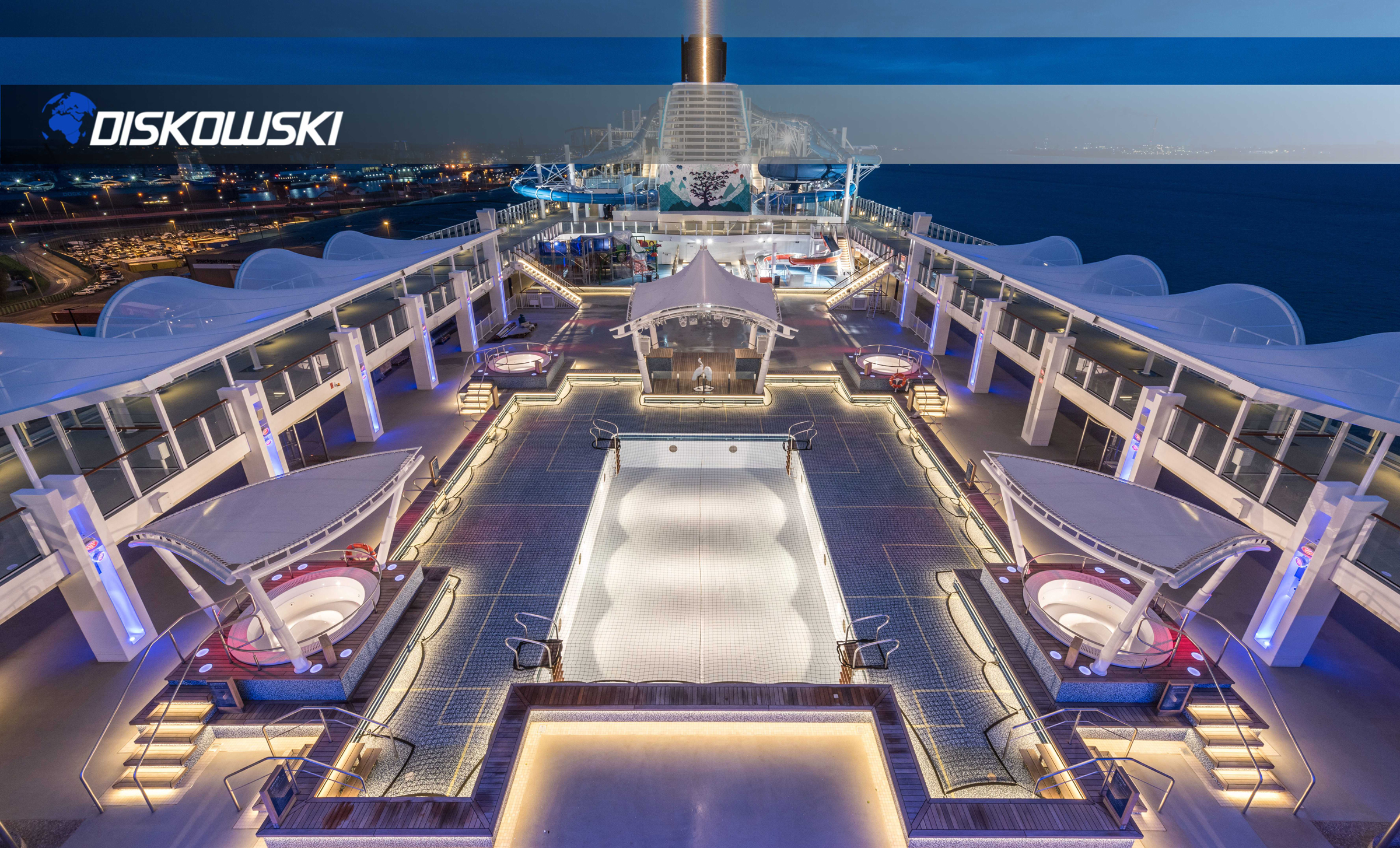 Guests of large cruise liners are used to an extensive entertainment programme, which also includes a variety of electronic media. Diskowski Marine Electronics AG equips these luxury liners with ultra-modern systems, which fulfil even the most outrageous passenger requirements.
Satellite TV systems, which facilitate almost global reception of television channels, are essential ship equipment. With the help of sophisticated technology, the receiving systems are updated in such a way as to constantly ensure the best provision of TV equipment on the ship.
Our company also deals with signal routing within the ship, developing the ship's own network and equipping cabins with TV equipment. The public rooms on cruise liners, for example, the bars and lounges, are also included in the provision of audio-visual entertainment.
Giant screens (108 inches), split-video walls, LED walls and even projectors with the appropriate equipment, such as digital signage players, can also be positioned and integrated accordingly on request.
However, the opportunities of programme transmission are not limited to the public services of television networks. Diskowski Marine Electronics AG sets up complete television studios on luxury liners - including mobile cameras and microphones for mobile teams -, which enables direct transmission into the cabins. All conventional standards, such as SD, HD and HD-SDI through to 4K, are viable here.
And passengers do not need to miss the stage shows either, because they are fed directly into the television network and can be viewed on the cabin televisions. Diskowski specialists individually design and assembly all the projection technology for theatres and cinemas as well.